Tribal sovereignty and self-determination are marked by a tribe’s ability to establish its own laws, to be governed by them, and to enforce them in its own forum. The Miami Tribe of Oklahoma Tribal Court is essential to and serves as the guardian of the Tribe’s sovereignty, implementing the Tribe’s inherent sovereign authority to enforce laws, adjudicate disputes, to assist in protecting tribal members, especially tribal children, as well as protecting tribal lands, natural and cultural resources, and other tribal assets.

The Court of Appeal Court is comprised of a Chief Justice who oversees the Court and 4 Associate Justices.  The Court sits in panels of three justices and considers appeals from final decisions of the District Court and certain interlocutory matters.

Charles H. Tripp, JD, is an enrolled member of the Cherokee Nation and is a founding partner of Indian Collaborative Consultants, LLC. He is also a founding partner of Legal Advocates in Indian Country, LLP, and a widely recognized law firm with offices in Oklahoma and Washington. Both firms serve native people and tribal entities throughout the country. Mr. Tripp has served as the Chief District Judge for the Miami Tribe District Court since 2006. He also serves as the Chief Justice of the Supreme Court of the Kaw Nation in Oklahoma and serves as district Judge, attorney general and prosecutor/public defender for several tribal judiciaries in Oklahoma and Kansas. Mr. Tripp is an alumnus of the University of Tulsa, having received his Bachelor’s Degree in 1988 in Business Administration, a Juris Doctor in 1993 and Master’s Degree in Business Administration in 1995. He is a member in good standing with the Oklahoma Bar Association, Federal Indian Bar Association and has been admitted to practice in numerous tribal courts.

Judge Robert D. Gifford, a tribal member of the Cherokee Nation who began his legal career under Chief Wilma Mankiller, is the Founder member of Gifford Law, P.L.L.C. in Oklahoma City. He also serves as Chief Judge for the Kaw Nation District Court, an Associate Justice for the Iowa Tribe of Oklahoma, and is a former Editor on the American Indian Law Review.

Judge Gifford previously served as an Assistant United States Attorney in the U.S. Attorney's Office in Oklahoma City and in Reno, Nevada for fifteen years where he served as Tribal Liaison, Human Trafficking Coordinator, Burning Man Prosecutor and as the Anti-Terrorism Coordinator. In 2007, Judge Gifford was called back to active duty as an Army JAG to work on the cases at Guantanamo Bay, Cuba where he served as the Legal Spokesman, Deputy Director of Legal Operations, and a Deposition Hearing Judge. In addition, Gifford is currently a Colonel in the U.S. Army Reserves, an adjunct law professor at the law schools at the University of Oklahoma and Oklahoma City University, and has served as an Adjunct Law Professor at the University of Arkansas School of Law and the U.S. Army JAG School in Charlottesville, VA.

Gifford also served as an Assistant U.S. Attorney in Reno, Nevada, an Assistant District Attorney in Tulsa, Oklahoma, and as an active duty Army Officer as a Judge Advocate with duty stations around the world. He received his law degree from the University of Oklahoma College of Law and holds a Masters Degree from the U.S. Army War College at Carlisle Barrack, Pennsylvania and his Bachelor of Arts from Southwestern College in Winfield, Kansas. 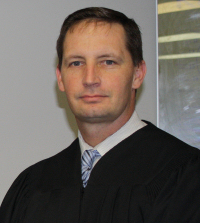 Robert A. Blaeser is an arbitrator and mediator in Minneapolis, Minnesota, and the surrounding area. He served as the Chief Judge for the White Earth Nation in northwestern Minnesota from 2013 to 2017. He also serves as an Appellate Judge for the Mashantucket Pequot Tribal Nation Court, the Pascua Yaqui Tribal Court, and as the Chief Justice of the Miami Tribe of Oklahoma Appellate Court.

Blaeser, born and raised in the White Earth Nation, was the ﬁrst American Indian Minnesota State District Court judge appointed in the Twin Cities of Minneapolis and St. Paul in 1995. He served for 17 1/2 years as a District Court Judge in Hennepin County, where he was Chief Judge of the Juvenile Court and later served as the Chief Judge of the Civil Division. He is a founding member of the Minnesota American Indian Bar Association, the Minnesota Tribal Court State Court Forum, and has served on numerous task forces in the Tribal, State, and Federal judicial systems, including most recently on the Federal Sentencing Guidelines Commission Tribal Issues Advisory Group. He is a regular speaker on the Indian Child Welfare Act, racial bias in the court system, and the processes to improve the access to justice for Indian country children and families. 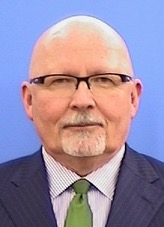 She obtained a Bachelor of Science in Management from Northeastern State University, a Juris Doctorate from the University of New Mexico School of Law, a Masters of Business Administration from the University of Minnesota, and studied International Law and Comparative Law at Oxford University in England. She completed training in Minnesota as a qualified neutral for mediation and arbitration and has completed training for online dispute resolution. She was a founding board member for the Minnesota American Indian Bar Association and co-chaired the Minnesota tribal-state committee on Full Faith and Credit. Since 1983, she has practiced federal Indian law as an attorney and has served since 1995 as tribal judge in the tribal courts for several tribes. She completed the Oklahoma Bar Association Leadership Academy as a member of the 2016 class.

Terry is Chair of the Advisory Board for Pawnee-Osage CASA (Court Appointed Special Advocates serving the two tribal courts and corresponding state courts), Board Member and Secretary for the Oklahoma Native Assets Coalition, Board of Control member for the Fairfax Medical Facilities (a federally qualified health center FQHC with 4 clinics), Board Member of the Oklahoma Native American Cultural and Education Authority (a state appointment), and former member of the Advisory Board for the Special Trustee, Department of Interior (a federal appointment).

Terry is married to Ted Moore Jr and they have four grown children and two grandchildren.

A partner since January 2000, William Norman joined Hobbs, Straus, Dean & Walker, LLP in 1994, following a two-year clerkship with the United States Court of Appeals for the Third Circuit in Philadelphia, PA. In 1996, he opened the Firm's Oklahoma office. William, of Muscogee (Creek) descent, has had a lifelong desire to be involved in the pursuit of justice. His personal background, studies in Indian Law, participation on the American Indian Law Review, and significant involvement in the Native American Law Students Association at the University of Oklahoma, focused his legal interests on protecting and promoting the interests of tribal governments.

William's practice focuses on promoting and defending tribal governments at the federal, state, and local levels. Indicative of William's success were his efforts as lead negotiator on the Oklahoma tribal gaming compact and the groundbreaking Oklahoma tobacco tax compact that secured for the Firm's clients, and other Oklahoma tribes, a foundation for economic success and stability. William later obtained a federal injunction prohibiting state courts from attempted to infringe on tribal court jurisdiction over gaming disputes. William concentrates considerable time in advising elected tribal leaders and tribal agency officials on the development, operation, and regulation of tribal governmental infrastructure and economic development ventures, from drafting tribal laws and regulations to negotiating complex financing and business transactions. In addition, William's litigation work at the tribal, state, and federal level has resulted in the successful protection of tribal sovereignty and assets against numerous claims.

William is a regular presenter on a range of Indian law topics and served on the Board of the Oklahoma Indian Legal Services from 2004 to 2008. He was a primary author, along with Charles Hobbs, of Chapter Two of Empowerment of Tribal Governments: Final Workgroup Report,developed by the Tribal Workgroup on Tribal Needs Assessments in May 1999. The chapter details the legal, historic, and moral obligations of the United States to tribes and the manner in which these responsibilities are fulfilled through today's tribal priority allocation programs. He also received the Salem Civil Rights Award for the note entitled "Native American Inmates and Prison Grooming Regulations: Today’s Justified Scalps," 18 American Indian Law Review 191 (1993). 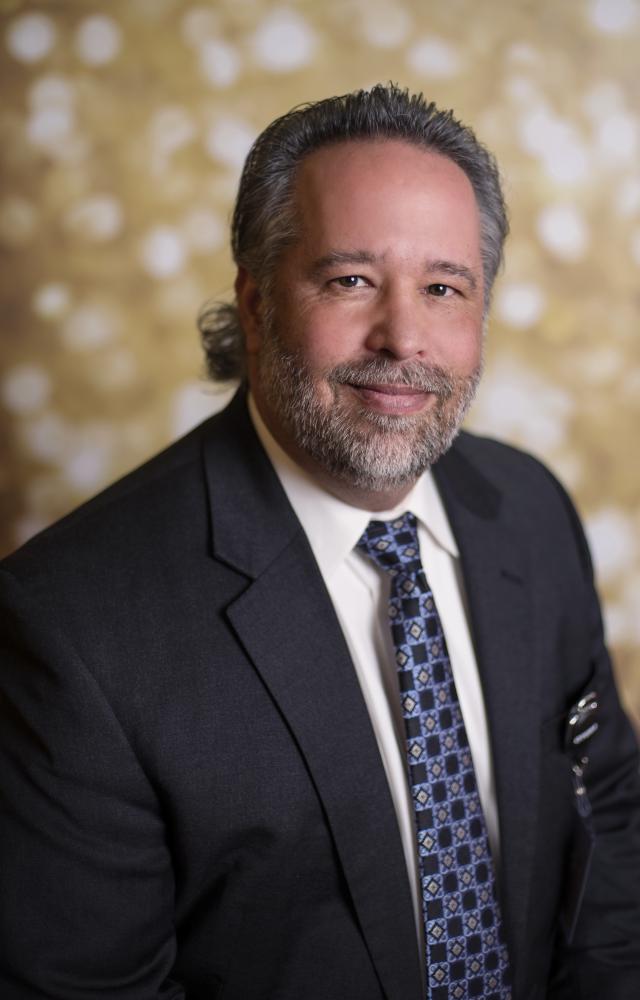 Gary S. Pitchlynn is an experienced criminal and civil trial lawyer that has spent a significant part of his forty (40) year legal career focused on Federal/Indian law. A frequent panelist/speaker at the Oklahoma Sovereignty Symposium over the years, he has presented for many legal and business conferences and seminars on a variety of topics that include Indian gaming law, tribal sovereignty, tribal-state relations and constitutional law. He has published numerous articles and papers with professional and trade publications and has served on a variety of legal panels and advisory committees established to advise state and national tribal organizations.

A 1966 graduate of Wewoka High School, he received a B.A. in Journalism at the University of Oklahoma before obtaining his Juris Doctorate from the Oklahoma City University Law School in 1977. During his years of private practice, he has practiced in all three United States District Courts in Oklahoma, the United States District Court for the Western District of Missouri, the Tenth Circuit Court of Appeals and the United State Supreme Court. He is admitted to practice and has appeared in numerous tribal courts and Courts of Indian Offenses and holds memberships in many tribal bar associations. He is a member of the Oklahoma Bar Association and the Federal Bar Association. At one time or another, Pitchlynn has worked for most of the tribes in Oklahoma and with a number of tribes located outside the state.

He has been a member of the faculty of the College of Law at the University of Oklahoma since 2010 where he teaches a seminar in Indian Gaming Law and Regulation. He also offers a Lecture Series for the Law School as a part of the curriculum for the Masters in Indigenous Legal Studies Program. His gaming experience and expertise has also led to a demand for his services as both an expert witness and as consulting legal counsel to assist with significant litigation and transactional work in this area of the law. He is a member of the Choctaw Nation of Oklahoma. 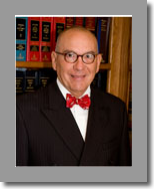 Mr. Morgan is a graduate of the University of Oklahoma, where he earned his Juris Doctorate from the College of Law and a Bachelor of Science in Business Administration from the Price School of Business and resides in Goldsby, OK with his wife Shannon Morgan and their children. 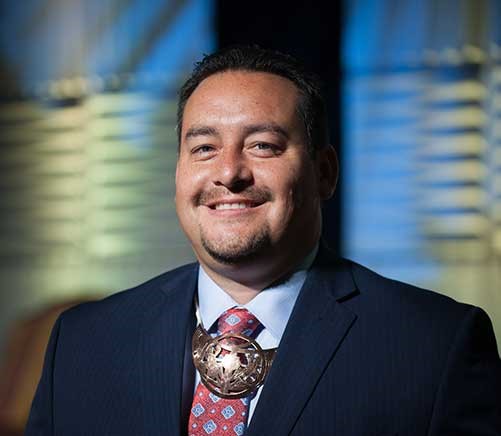